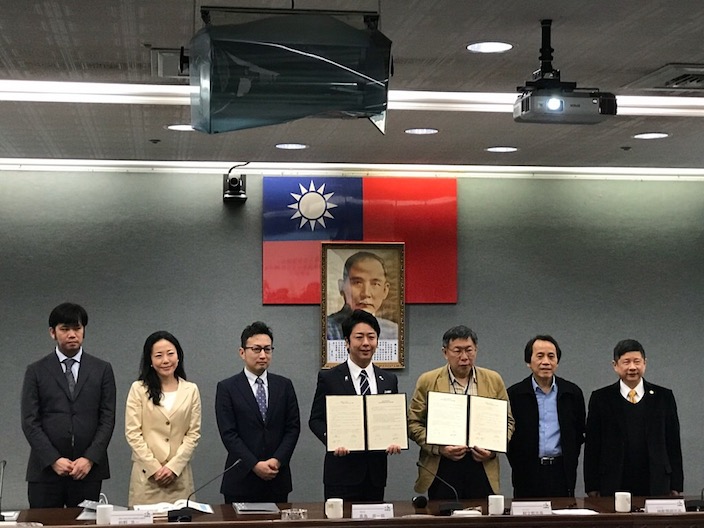 On 8th feb., the mayor of Fukuoka city, Soichiro Takashima, and the mayor of Taipei, Ko Wen-je, signed MOU (memorandum of understanding) to support both city’s startups for International exchange.

As the content is Fukuoka city and Taipei city strengthen a useful collaborative relationship mutually, and work hard to cooperate mutually to develop both startup international exchanges.

The concrete exchange contents are decided in the future by both discussions. For example, it will be the following items.

On the ceremony of MOU, mayor Ko said “In Fukuoka city and Taipei city, startups are very active, and the framework for the startup support of both are very similar. We would like to help each other, such as information on subsidies and consulting. Such as technology exchange of each other’s startup can also be expected.”

Mayor Takashima also said “This collaboration of startup support has been started from Myojo Waraku (Tech and Creative festival) which hosted in 2014 in Taipei. It made face-to-face relationship. In 2016, Fukuoka city hosted a pitch contest in Taipei, and invited 9 Taipei startups to startup collection (matching event with Japanese companies) in Fukuoka city from the contest. Currently, the 2 startups are considering to advance into Fukuoka.”

Additionaly, Mayor Takashima said “I want to create a startup that can be active globally from this MOU.” 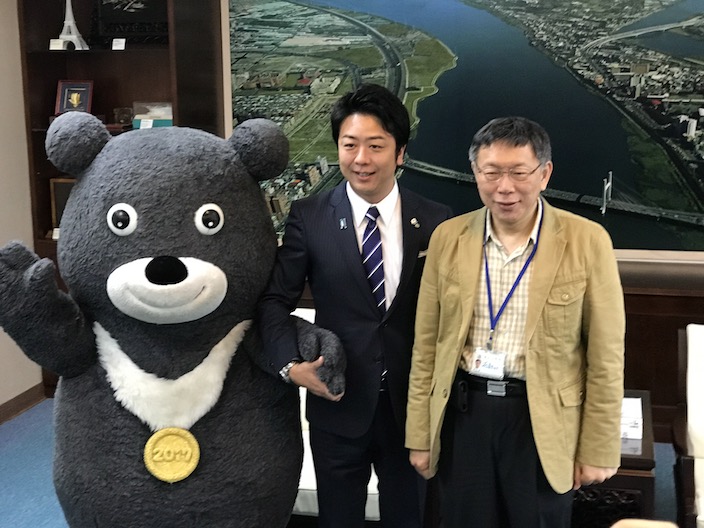 Already in the active exchange has begun, further the boost from the government of the two cities, it is estimated that it will keep up to further accelerate this exchange.