IT gaining traction with Softbank Hawks: behind the strength -Frontline sports tech feature- 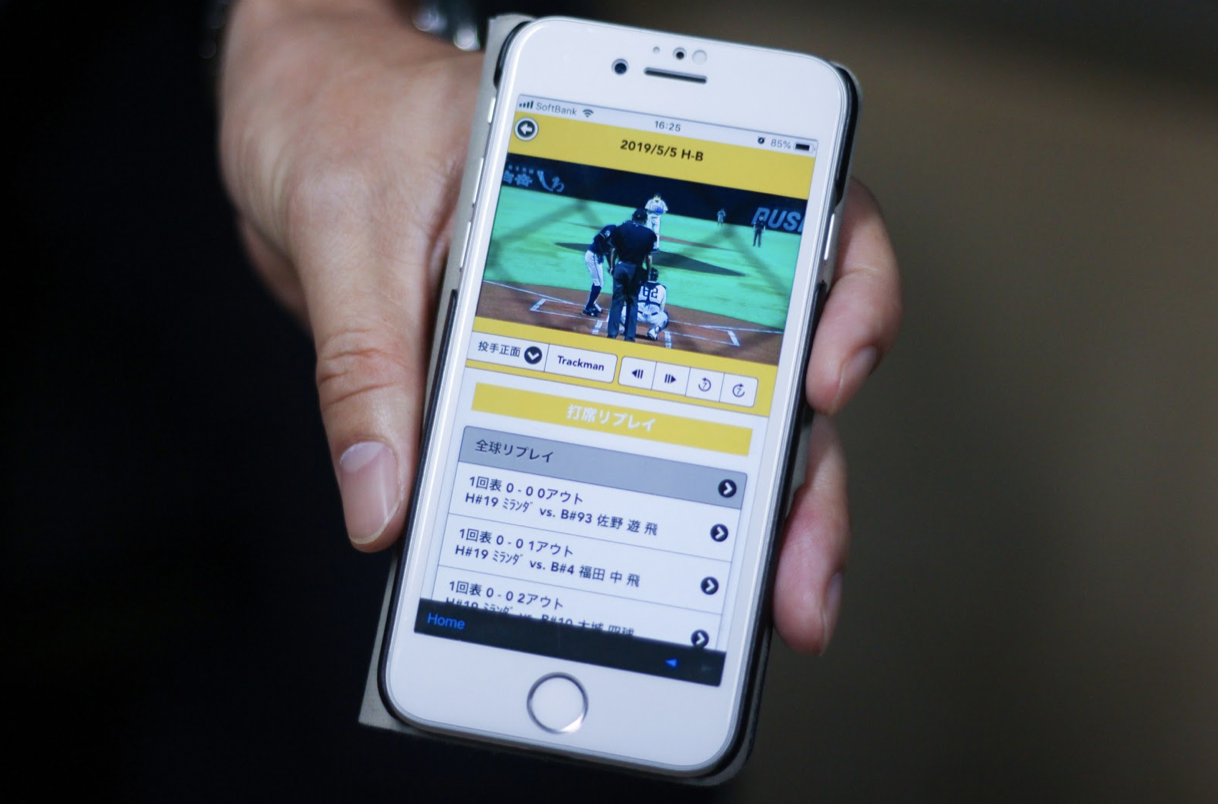 The Softbank Hawks are one of Japan’s most influential basketball teams. Since their win of the 2018 regular season the Hawks are rumored to have brought over 50 billion Yen’s worth of economic activity to their hometown of Fukuoka prefecture.

What’s the secret to keeping the Hawks on top form? I compared them to other teams, and realized it was how quickly they introduced technology.

The Hawks was the first of the twelve Japanese professional baseball teams to give out devices to all players, first iPhones in 2009 and iPads in 2011, for analyzing games and use in their everyday training. Moreover, the team’s introduction of an AI-based baseball player tracking system has been a hot topic.

This introduction is one of the reasons, of course not the only reason, for the team’s domination.

As the first team to introduce this technology and get results, I wanted to find out what kind of cutting edge technology the Hawks are using. I went to the Softbank Hawk HQ’s strategy room to find out.

The research ability and agility to introduce effective tools 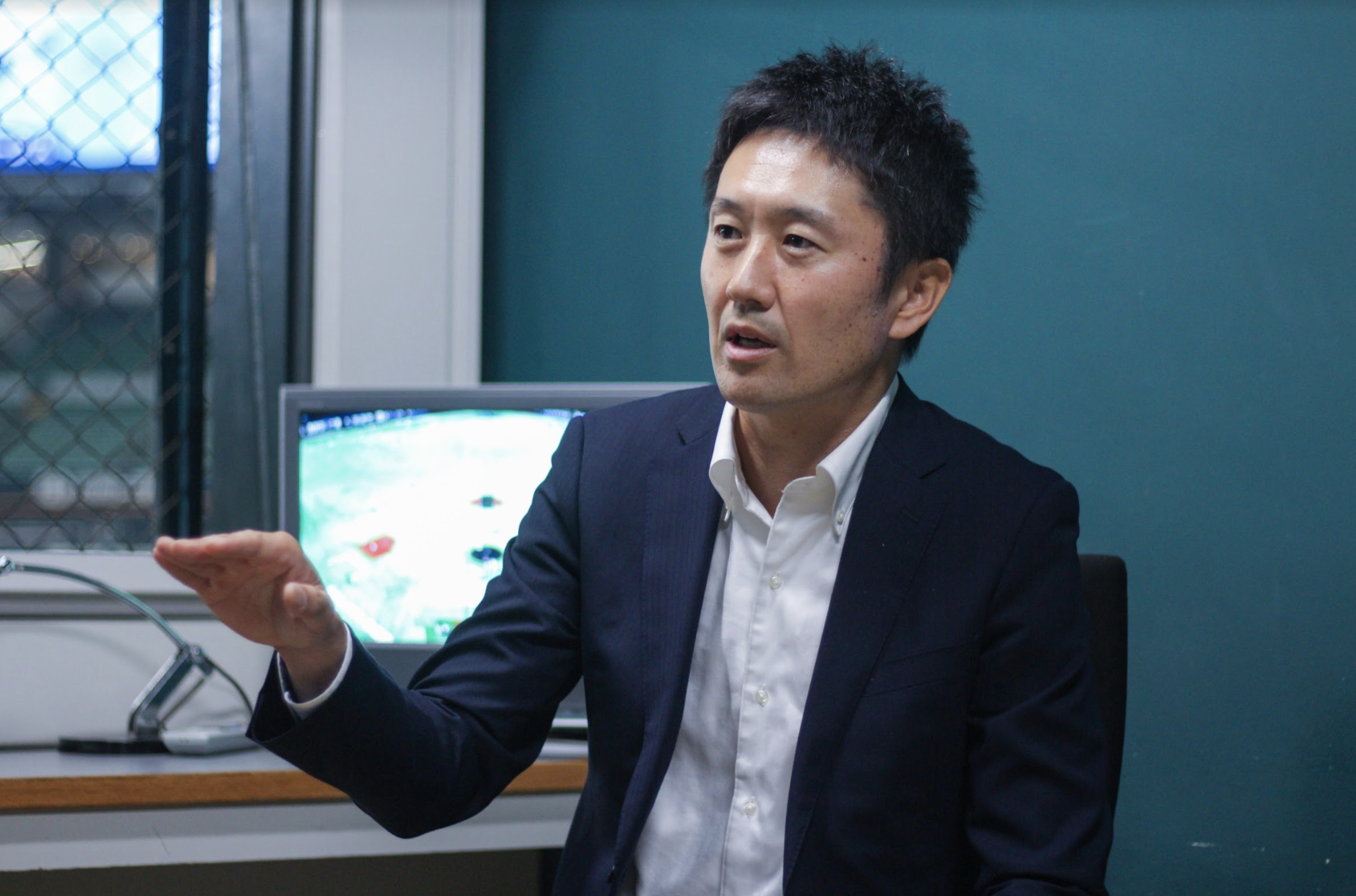 First I heard from the representative of the Softbank Hawks’ strategy room Koji Suyama. The team implemented analytics technology before other teams and, against a backdrop of results and thorough data collection, was able to make the decision they needed to make quickly.

“We are always tuned into the technology that the major league is applying and the trends in sports tech. Sometimes we speak directly to the people involved.” – Suyama

Suyama explained how the tools are repeatedly improved and made easier to use by listening to the opinions of the players and coaches. He showed me one of the specialist apps that is actually in use now.

As you open the app, a menu screen appears. The simple design is easy and intuitive to use from the start for anyone who uses a smartphone in their daily life.

“It’s important for the players to have easy to use software with few actions to get to the data they need. We take a lot of care over the interface. We’re careful not to lose sight of how many clicks and taps it takes to get to the page you want, and how pages may become inaccessible with slow connections.” – Suyama

Other than data and videos of games, this app shows practice drills, players’ training reports, and the team’s schedule. It’s a one-stop shop for shared materials.

In the app’s calendar, players can see locations for away games and check the flight times and hotel addresses.

Previously, players needed to use different tools, each with their own login and each with a printout from the manager explaining how to use them. By bringing together the information in one specialized app more players are picking it up.

Also, the app shows videos from the past, both from the Hawk’s games and others. The videos are tagged with the date, opposing team, pitcher, batter and results, making it is easy to find the game and moment you are looking for. New tags are added by the request of players.

In the past, they would have to find the particular game’s video from the large number of materials in storage, and if it existed fast forward to the particular moment they needed to see. Now, they can search with one hand and check it straightaway. Moreover, the videos are uploaded as soon as a game finishes, so players can review the plays in the locker room or on the bus home.

“Professional baseball players spend around half the year away from home. They can use iPhones and iPads while in transit or in their hotel rooms so players who regard data as important are using it quite a lot.” – Suyama

By continuously improving and fulfilling the needs of the team it became an essential tool. However, cutting edge technology doesn’t become pervasive by just being introduced.

The important role of data analysis and communication

Technology and data alone is not enough to produce a huge step up in competitiveness. It is the interpretation and analysis of that data that has the real impact on training and tactics.

The key person here is the analyst. I asked Rui Sekimoto, the data analysis director, about this role. 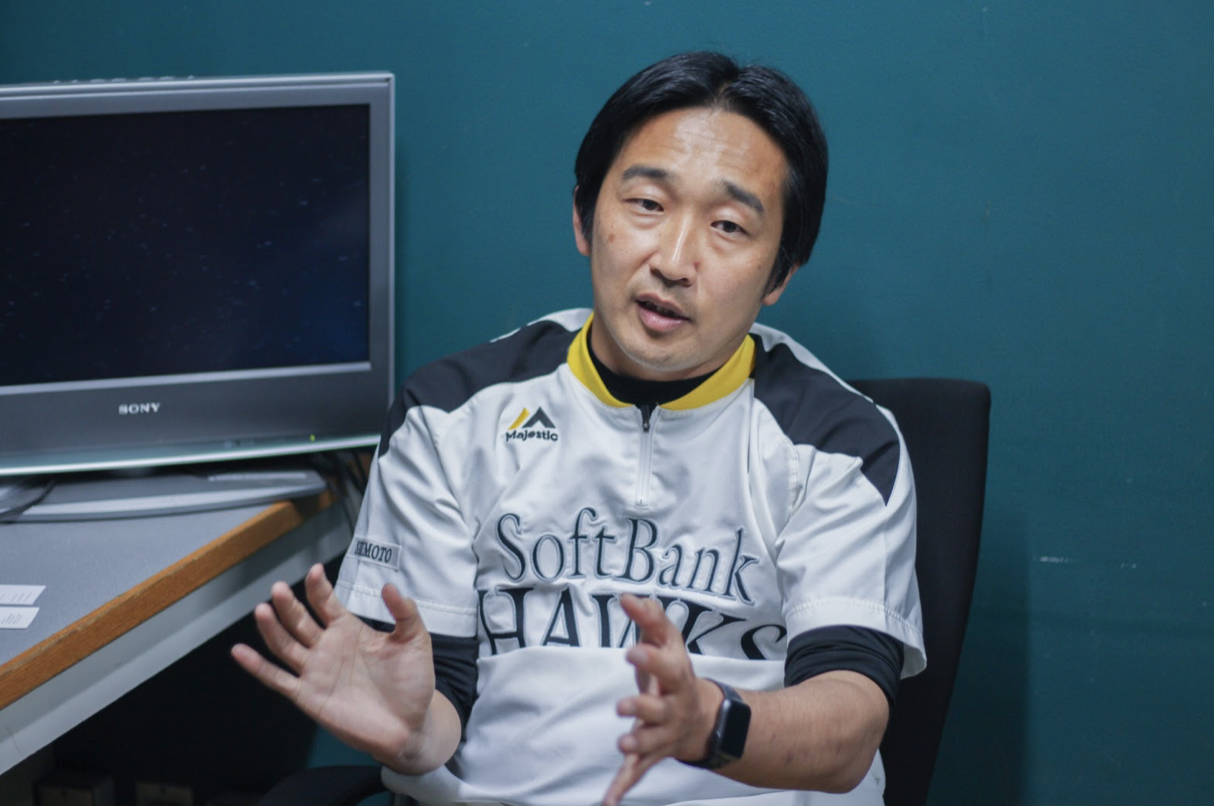 “Usually, the word analyst just means a person who interprets and analyses data. But, for a baseball team, as the recipients of the data are the players, it’s the analyst’s job to put the results in a form that hits home with the players.” – Sekimoto

For example, the TrackMan system currently in use in the baseball field automatically quantizes and collects data on release points, rotation speed, pivot and ball placement in addition to the usual ball speed and ball type recorded in scorebooks and charts.

“This new technology has allowed us to take many new inputs, but it’s the job of the analyst to present the data to players as coaches as an output” – Sekimoto

The use of technology has allowed analysts to quantify what previously relied upon instincts. The analyst uses those numbers, advanced technology, and keen senses to make decisions. The same can be said for umpires.

“Until recently, umpires were very subjective. When it comes to machines deciding if something is over the line or not, of course we should be putting the technology in place. If ‘safe’ and ‘strike’ aren’t called correctly, then baseball can’t be called sport.

“However, in the soccer World Cup in June during the knockout tournament, a player’s unintentional arm contact with the ball was judged a handball.

“This case, according to the new rules of soccer, was judged a handball. The video replay clearly shows the hand touching the ball. This has made me think that answering the question ‘Was this unavoidable?’ is the role of umpires in the future.” – Sekimoto

Making decisions based on fair and impartial video recordings allows players to play with confidence and helps fans accept the result of those decisions.

Looking forward, it seems teams promoting the use of technology will increase. When this happens, what kind of changes will take place in the world of baseball?

“Putting cutting edge technology to use collecting data and making accurate judgments will mean players enjoying the game more and an environment to bring out continued enthusiasm from fans.

“Being part of the Hawks and winning with the Hawks is important, but I’m not interested in winning if baseball itself isn’t filled with excitement. Therefore, I want to put technology to use to make baseball an even more enjoyable sport.” – Sekimoto

What I saw behind the Hawk’s strength was not only innovative technology, but also the people working to support the technology and the team.

This season brings the Hawk’s third consecutive win of the SMBC Japan Series. Next season will definitely have players on the cutting edge of technology and fans on the edge of their seats. 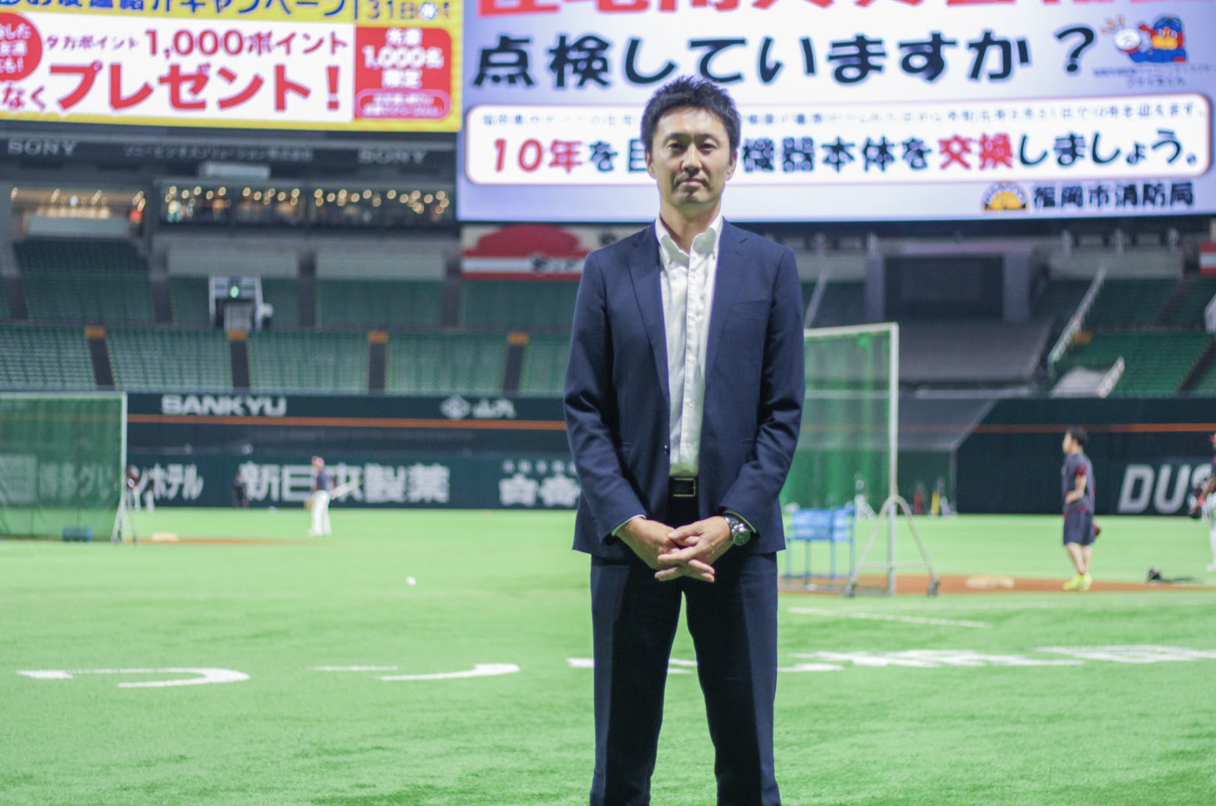 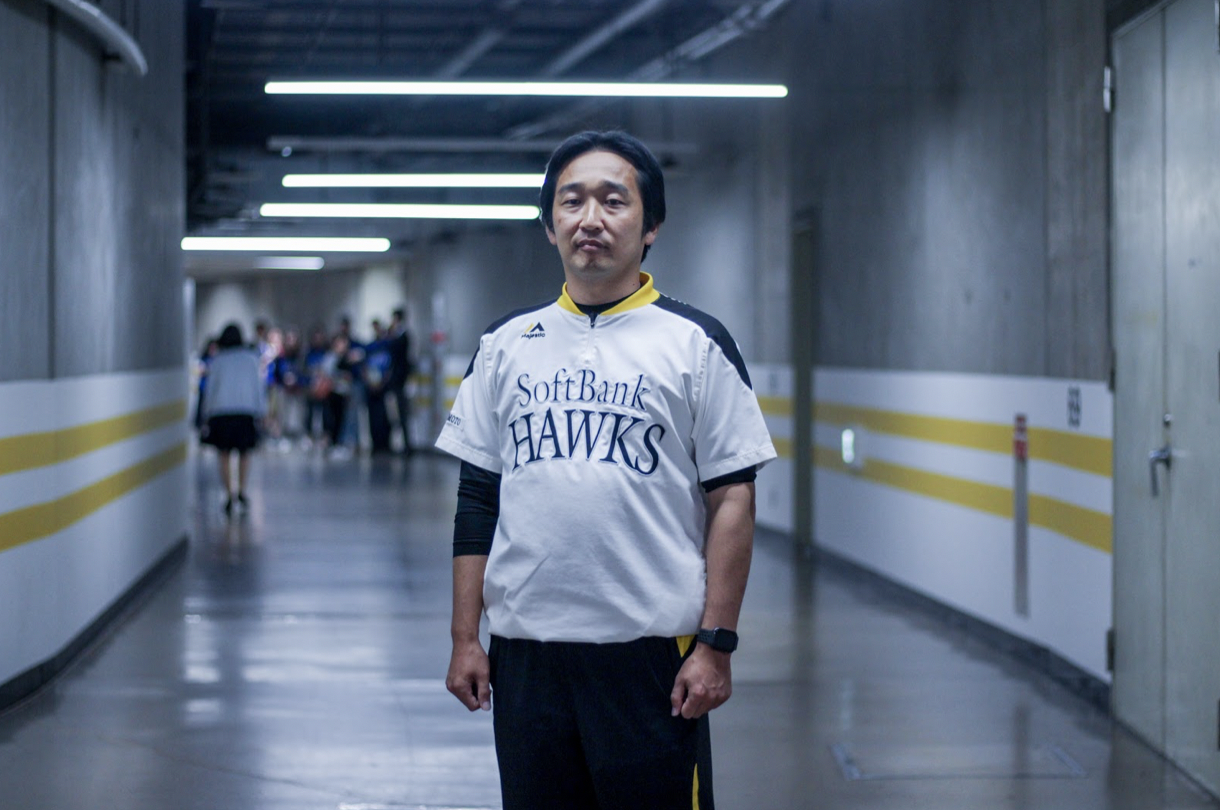